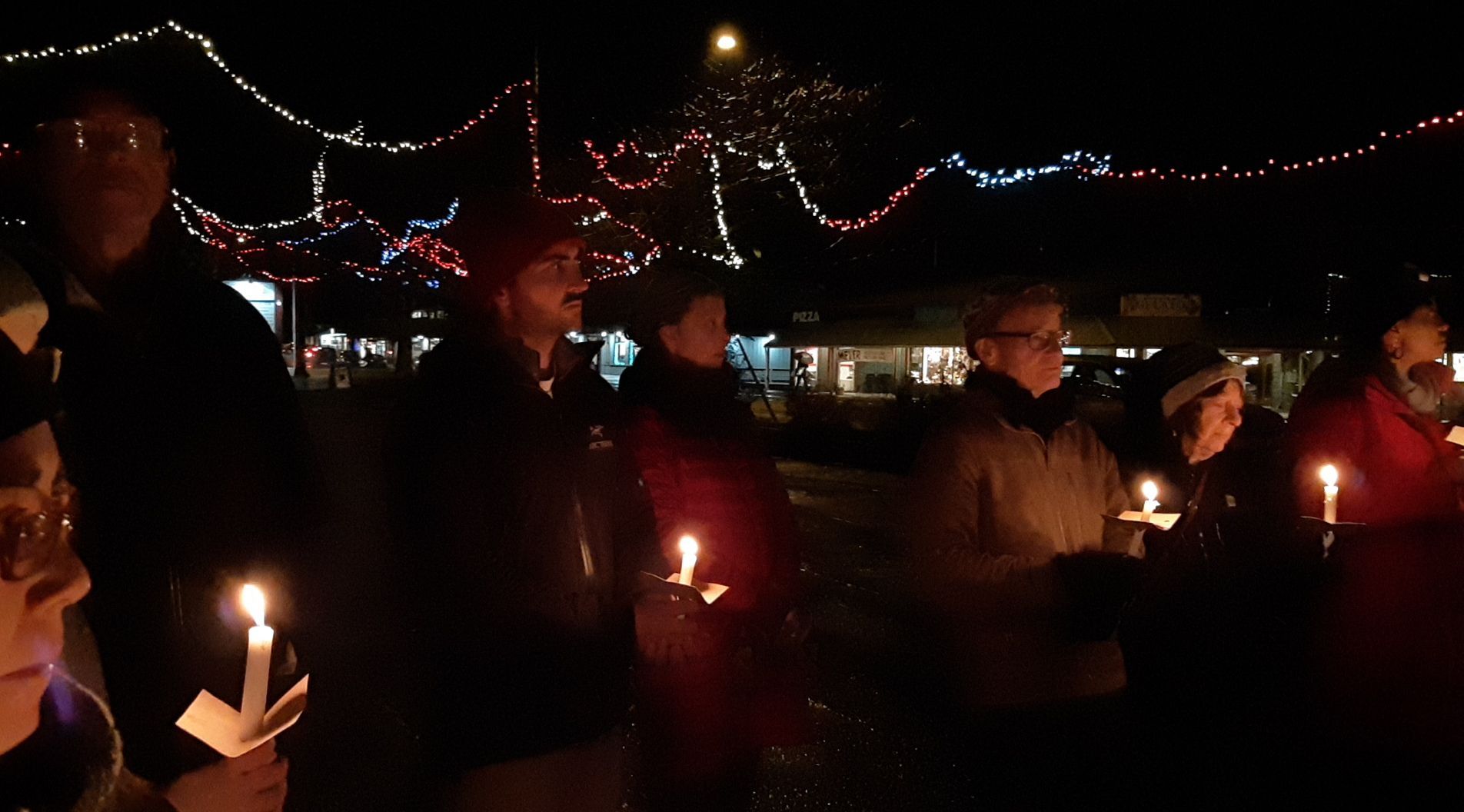 Elly Silverman Reflects On Dec. 6 Impact And Violence Against Women

Every year, Islanders Working Against Violence and The Circle Salt Spring Education Society hold a vigil on Dec. 6, the National Day of Remembrance and Action on Violence Against Women. This day is to remember the 14 young women who were killed during the Polytechnique Montreal massacre on Dec. 6, 1989, and all the other women who have experienced gender-based violence and those we have lost to it. The vigil will be live-streamed on Facebook @islandersworkingagainstviolence.

Elly Silverman, a Salt Spring resident for over more than 20 years, knows exactly where she was on Dec. 6, 1989. As the director of research for the Canadian Advisory Council on the Status of Women, who advised the federal government and informed and educated the public about women’s issues, she was in her office in Ottawa on the day of the massacre.

“I’d just got in when I got the news of the horrible shooting and the many deaths,” she said.

Silverman was the head of Women’s Studies at the University of Calgary, the program she started in 1974, but had traded Calgary for two years in Ottawa at that time. She was in the heart of the feminist movement. “The council, which doesn’t exist anymore, was set up to educate on women’s issues, but also to advocate. I had a fantastic budget and could commission research on so many subjects relevant to women’s lives.”

Long before the act of violent misogyny in Montreal that shook up our country, Silverman and researchers in Calgary and Ottawa were already aware of the large scale of violence against women. “We were utterly shocked by what happened in Montreal, but we were not entirely surprised. At the time, people thought, and maybe still do, that it was the act of a crazy person. He was crazy, but it was very much a terrible overt expression of what we’d already known to be true over and over again; that women in our society are mistrusted, maligned, and even despised.”

“The sad thing is, over the years the rates of violence against women didn’t change, they are exactly the same. Or maybe even got worse since the pandemic,” she continues. “People are stuck in their households and there is increased frustration, increased ugliness and bad behaviour. And it happens in every social class. It is not a poverty or a wealth issue.”

How is it possible that all those years later, violence against women on a large scale — every six days a woman in Canada is killed by her intimate partner (Statistics Canada 2019), still persists? Silverman: “We can now fill libraries full of research on violence against women and there are endless numbers of potential solutions that are never enforced. We know it is happening, but not enough people care to actually do something about it. That’s why it is important to commemorate and continue to raise awareness on days like Dec. 6.”

Law enforcement plays a big role in fighting violence against women. “We need to truly enforce the laws that we have and I don’t think the police and courts have done a good job with that so far. Plus, as a woman comes forward with a story of assault, it is a very hard experience for her. They create fancy footwork as ways not to believe her: she’s making it up, it was a false memory. Let’s start with the position of believing women when they talk about their experiences.”

There is also work to be done at home for parents, Silverman thinks. “Stereotypes of masculinity still prevail. Boys are raised to become men who are dominant, while girls are told not to dress a certain way, not to behave a certain way, to not go on the street by themselves. It is not safe to be who you are basically. Things are changing, I know. Groups like The Circle are playing a large role in schools in this area, but there is still a lot of work to be done.”

The massacre, now more than 30 years ago, weighed heavily on Silverman. “It added another level of rage. Anger that I could express as anger instead of remaining always so polite as I am. Women’s issues are everything to me, even now when I am retired. I have never, and never will let go of my need to be involved.”

Published in the Gulf Islands Driftwood on December 1st, 2021

You are worthy, you are valuable, you are seen… Pass it On.

‘The work The Circle is doing is unique and vital’

‘Social-emotional learning encourages kids to care about each other’

Adele Mark, Education Outreach Program Coordinator, at The Circle interviewed Gail Bryn-Jones, a dedicated advocate of social-emotional education and teacher of over 30 years on Salt Spring Island School district. Gail has a master’s degree in Education and has served...

From L.A. to a rural island: social-emotional learning insights