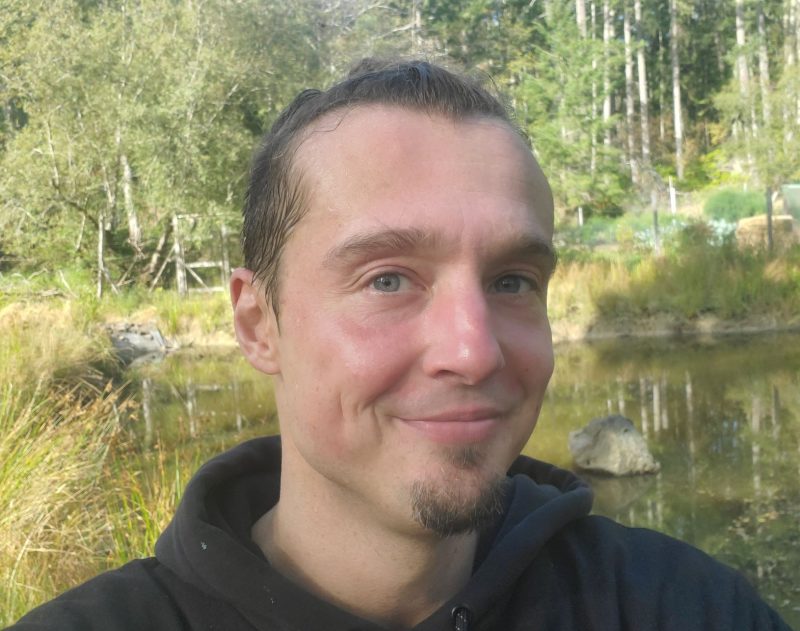 Monday marked World Mental Health Day, a day to raise awareness of mental health issues around the world and to mobilize efforts in support of mental wellness. Although more and more people are opening up, there is still a lot of stigma surrounding mental health. Willie MacPherson is not afraid to share the challenges he encountered in his youth. “I am privileged in many ways and by sharing my story, I can be the bridge to people who don’t have so much backing and allies.”

People tell Willie MacPherson often that he is brave to tell the story of his past; a time when he didn’t know how to cope with daily life and fled into addictions. He sees it differently. “When I was ill, on medication, addicted, morbidly obese, and holed up in my room, I remember how people treated me and it is in stark contrast to how people treat me now. I am celebrated when I share my story, but it takes a lot more courage to do the same for people that are still in the middle of it or don’t have the same privileges as I have; being a white, cis male with parents that always supported me and who let me figure out how to become the person I am today.”

Willie grew up on Vancouver and has experienced mental health issues since he was very young. “I had some physical problems from birth which caused me trouble breathing. It led to a lot of stress in my body as well as anxiety,” he says. What he didn’t know in his youth, but found out in his thirties, is that he has Aspergers’, a form of autism. “When I was young, I just couldn’t understand how kids could navigate social situations. I found adults easier to deal with because they say what they mean. I had just one friend in school and through the first part of my childhood I was bullied and beaten up in school. I was so sensitive, school felt like a warzone at that time.”

Obsessive behaviours are common in autistic-spectrum disorders, which led to serious addictions in Willie’s youth. “If I did something that felt really good, I didn’t want to stop. I became addicted to sugar, television and video games, which laid the foundation for the addictions that were more recognized in my teenage years.”

By the time he was 18, Willie was diagnosed with Bipolar Disorder and Borderline Personality Disorder, co-occurring with addiction, but he now doesn’t longer fit the diagnostic criteria for any of those illnesses. At age 27, living at home with his parents on Salt Spring Island, he took the first step to change his life. “My mom got cancer, and that was a turning point for me. Her unconditional love is the reason that I am still alive today. I was doing drugs, went into rehab and relapsed. I think my dad was at a point where he wanted to kick me out of the house, but I wouldn’t have survived on the street. When my mom got sick, I realized that life was real and that I was a victim of my own choices. They say all addiction is trauma, but it is also the choices that we make. You always have choices. That is why it is so hard to talk about mental health problems, because of the tension between the things we can control and the things we don’t.”

He started to take care of his mom and his dad, who was also facing health problems, and realized that he needed to get physically healthy first to heal from his trauma and addictions. He took up yoga, and meditation, and when his mom was cured one and a half years later, he decided to study psychology. “I did really well. In my second year, I was at the top of my class, but my body started to feel tighter and tighter,” he looks back. “I didn’t want to quit school so I started taking oxycodone, an opioid, to deal with the pain. I had been trying so hard, but it all fell apart and I lost a year of my life to this addiction.”

Eventually, staying with his parents on Salt Spring Island, he stopped taking opioids cold turkey. “My mom’s doctor said it wasn’t possible to just quit, but I did it. I felt really sick in the beginning and during that time I started to watch rap battles on YouTube. That changed my life.”

He started writing rap battles himself, but ultimately ended up in the industry promoting, organizing, and co-hosting rap battles. “Rap is an incredible art form, but what I found there that was more important to me, was a community. Like-minded people, my people. It was also an aggressive, dysfunctional community, which I witnessed and helped over time to become more loving and fun.”

But just like in school, Willie had a hard time handling the stress, which lead to a mental breakdown in 2016. A life-changing event, when he saw his life in review, caused him to change direction in his life once more. “I realized that all the things in my past happened to me so I would be humbled. I saw so clearly the person I wanted to be and that I needed to let go of my past. It took years to figure out to become the person I wanted to be. I still struggle sometimes, but that is okay. We all struggle from time to time and that is totally fine.”

Willie now works for Community Services on Salt Spring Island. “I was the first local peer support worker on the island and started using my lived experiences as expertise to help others,” he says. “I work in the front lines with people who are marginalized in various ways in our community. It is where I found my real passion. I understand why people are yelling, why they are like that because I was like that. I think it is easier for them to talk with somebody who went through the same because there is a lot of shame. There are a lot of misconceptions surrounding mental health, but the biggest stigma is the shame we feel ourselves. You can use your shame or self-loathing to change your life, but otherwise, it is pretty useless. You have to let it go. You are good enough. Your value is intrinsic and absolute and no matter what you do in life can change that.”

Willie feels grateful that he managed to turn his life around and managed to lead a meaningful life by helping others. He has no fear of a relapse. “I addressed the underlying causes and I am a different person now. I want people to know that it is possible to heal, but I know it is not a realistic goal for everyone. Many people live beautifully with all kinds of challenges. The goal is to stabilize and make better choices today than you did yesterday.”

At The Circle Education, through both our in and out-of-school programs, we work with the majority of island youth regularly on elements that support mental health, including resilience, boundary setting, personal responsibility, self-acceptance, self-compassion and coping strategies for dealing with stress and anxiety.

As an advocate for mental wellness, Willie MacPherson is part of the Mental Wellness Initiative Salt Spring Island. The Mental Wellness Initiative is a project of the Salt Spring Health Advancement Network in partnership with local organizations and community members. The mission is to bring together Salt Spring Island community providers and community members to mobilize cooperatively around issues and needs of/for mental wellness. “The Covid-19 pandemic has been a catalyst for mental health issues. A lot of people need help, but it is hard to recruit mental health professionals on this island where there’s a huge housing crisis. Every organization that provides a valuable service on the island is understaffed. That’s why we want to extend to volunteer counseling and peer support. We treat lived experienced voices as true experts. Peer support is the fastest-growing mental health field in the world and we believe the best outcomes happen when this form of expertise works collaboratively with clinicians. We hope to robustly expand this service in the future and create a prototype that can be replicated in underserviced rural communities dealing with the mental health crisis.”

For more information on how to become a peer support worker, please contact willieonsaltspring@gmail.com