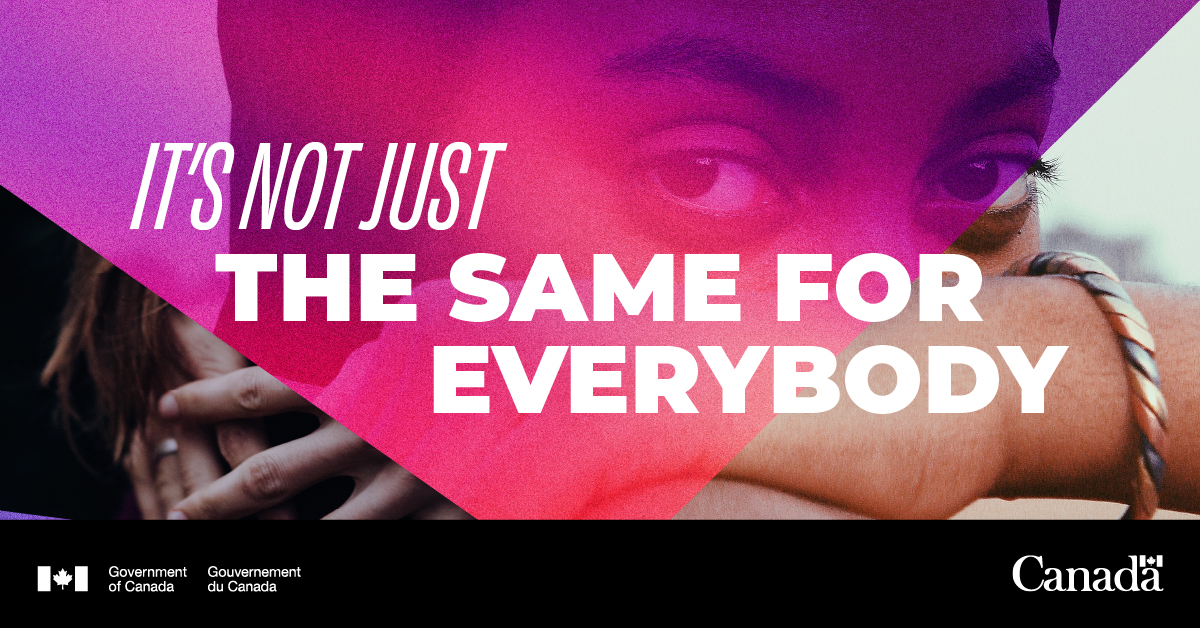 The Circle Education has partnered with Women and Gender Equality Canada to promote the “It’s Not Just” youth awareness campaign. “It’s Not Just” is also The Government of Canada’s theme for the 2022 16 Days of Activism Against Gender-based Violence Campaign. This annual international campaign starts today, November 25th, the International Day for the Elimination of Violence against Women, and runs until December 10th, Human Rights Day.

When someone faces violence because of their gender, gender expression, gender identity or perceived gender, that’s called gender-based violence (GBV). Different forms of GBV exist everywhere, but we don’t always take them as seriously as we should.

The theme “It’s Not Just” has a double meaning: it reminds Canadians of the injustice of gender-based violence (GBV) and brings attention to how it is minimized and dismissed in society. It also highlights how GBV is not just a private issue, but a systemic cycle that all Canadians have a role in ending. “It’s Not Just” asks all Canadians to take action against GBV by addressing the beliefs and behaviours that perpetuate violence.

Gender-based violence is a serious issue that affects everyone in Canada — but especially young women. In the 12 months prior to a 2018 survey (Women and Gender Equality Canada):

3 in 10 women aged 15-24 were emotionally, financially, or psychologically abused by a partner

In honouring its roots, The Circle Education continues to provide education around gender-based violence. In our programs, we encourage young people to develop their empathy muscles, challenge their assumptions and judgments, and dismantle unhealthy stereotypes that create division. With these tools, our programs help youth to be tolerant, inclusive and respectful of diversity in all of its forms. Striving for inclusive and gender-equitable communities living violence-free.

6 Resolutions for 2023 that Benefit You and Your Loved Ones