“Maybe our future can be found in the past’s moments of kindness and courage rather than its centuries of warfare.” – Howard Zinn

Most history books are written by the winners, but this book presents history from a different point of view.  The history of the United States from the perspective of the poor, slaves, women, Native Americans, and other oppressed populations is a sad story.   Regardless of whether you agree with Howard Zinn or not, it is good to hear a different perspective.

The most interesting parts of this book are the many quotes that Zinn uses to illustrate his points. Christopher Columbus who is usually portrayed as a hero and adventurer who ‘discovered’ America, says the following about his encounter with the native people:

“They (Arawak Indians) brought us parrots and balls of cotton and spears and many other things, which they exchanged for the glass beads and Hawks’ bells.  They willingly traded everything they owned … They were well built, with good bodies and handsome features … They do not bear arms, and do not know them … They would make fine servants …With 50 men we could subjugate them and make them do whatever we want.”

It sounds pretty scary, but it only illustrates the prevailing attitude of a vast majority of Europeans at the time.

This quote from former slave, John Little, is a poignant description of what it was like to be a slave. “They say that slaves are happy, because they laugh, and are merry.  I myself and three or four others received 200 lashes in the day, and had our feet in fetters: yet, at night, we would sing and dance, and make others laugh at the rattling of our chains.  Happy men we must have been!  We did it to keep down trouble, and to keep our hearts from being completely broken: this is as true as the gospel!”

Zinn devotes a few chapters to industrialization and the unionist movement.  This could have been a recent quote off the internet, except that it’s from 1895!  “The issue is Socialism verses Capitalism.  I am for Socialism because I am for humanity.  We have been cursed with the reign of gold long enough.  Money constitutes no proper basis for civilization  The time has come to regenerate society. – we are on the eve of a universal Change.”  Eugene Debs, 1895.

In the chapters on recent history, Zinn focuses more on the positive. For instance, some of the families of the September 11, 2001 World Trade Centre victims traveled to Afghanistan to meet Afghan families who had lost loved ones in the American Bombing.  One of the Americans was Rita Lasar, whose brother had died in the attack.  Lasar said that she would devote the rest of her life to working for peace.

Another suggestion for how to change our  perception in the world:

“We are not hated because we practice democracy, value freedom, or uphold human rights.  We are hated because our government denies these things to people in third World countries whose resources are coveted by our multinational corporations.  That hatred we have sown has come back to haunt us in the form of terrorism. … Instead of sending our sons and daughters around the world to kill Arabs so we can have the oil under their sand, we should send them to rebuild their infrastructure, supply clean water, and feed starving children … In short, we should do good instead of evil.  Who would try to stop us? Who would hate us? Who would want to bomb us?  That is the truth the American people need to hear.” Robert Bowman, former US Air Force Officer, 1998.

A Young People’s History of the United States is written in a simple straightforward style that will appeal to the 12 – 18 age group, but I would also recommend it to anyone interested in reading a snapshot of history from a different perspective.

Consent from the Start

I have advocated for consent for over a decade, but if I am going to be honest, I only began to practise consent within the last three years. I am not talking about sexual consent. However, I am going to assume that when I said “consent,” you thought I meant “sexual...

Social–Emotional Development: How Does It Help Create Safer, Healthier Relationships?

Social–Emotional Learning and Violence Prevention: What’s the Connection? Here at The Circle, our focus is to deliver innovative, evidence-based social–emotional educational programs. Our motivation? We want to encourage youths to develop empathy, respect,...

Top 6 Benefits of Social–Emotional Learning in the Classroom

COVID-19 Impact on Social–Emotional Learning The COVID-19 pandemic has not only affected students’ academic performance, but it has also significantly impacted their social–emotional learning. Research shows that students are experiencing an increased lack of...

Power of Connection in Facing Challenge

I recently heard about a fascinating study in which researchers were investigating human perception of challenge. One of their findings was that when a person stands at the base of a hill that they are about to climb, they perceive the hill to be 10 to 20% larger than...

Pass It On Boys has Two New Facilitators

We welcome to Alex and Albert to our facilitation team! We're thrilled to have Alex King-Harris and Albert Strasser join the team of facilitators here at The Circle. Each of them brings an incredible skill set to their work in the Pass It On Boys program, for boys... 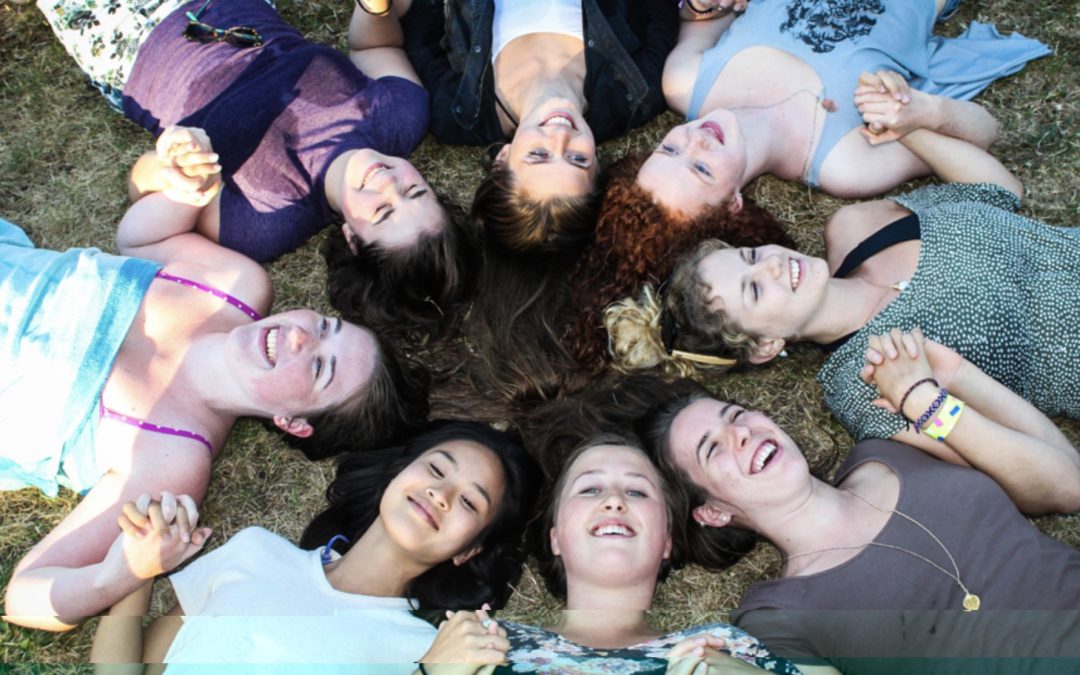 The Power of Connection and Vulnerability in a Small Community: The Pass-It-On Program Celebrates 10 Years!

A blog post by Kate Nash . SWOVA’s Girls Pass-It-On program started in 2010 as an after-school program that provided structured and individual mentorship between high school youth and Grade 8 students throughout the academic year. Kate Nash was hired as the program...

We are delighted to announce that #Lobstick Foundation has contributed $6,000 towards the Pass it On Girls Program! Our sincere gratitude to Lobstick for their generous support of the Pass It On Girls #MentorshipProgram.  In this program, high school young women...